Buy A Home With $0 Down Payment

If you’re shopping for a new home or condominium in California, there are many popular neighborhoods to consider. One of the most popular neighborhoods is known as Simi Valley, which lies between the Simi Hills and the Santa Susana Mountains. Widely known for a variety of attractions, Simi Valley is a favorite among old and new residents alike. In this blog, we’ll take a look at the best reasons to move to Simi Valley as well as the benefits of this lovely area.

American Dream Realty has helped hundreds of people find the perfect home in California. Whether you’re shopping for a new home in Simi Valley or Woodland Hills, we can help make the homebuying process smooth and efficient. Contact our certified real estate agents to learn more about our services today!

A Brief History of Simi Valley

Simi Valley dates its origins all the way back to the Chumash Indians, who were the first to inhabit the area around 10,000 to 12,000 years ago. The Chumash survived on what nature provided, and these people were known for their farming and hunting skills. Since these settlers lived along the coast, they always had an abundance of fish from the ocean. Prehistoric cave paintings have helped us realize just how developed these Indians were before the arrival of the Spanish. There are famous pictographs of paintings that can be seen at Burro Flats, which is located near the Rocketdyne facilities. The Chumash Indians even built wooden canoes that were seaworthy enough to sail across Santa Barbara Islands. 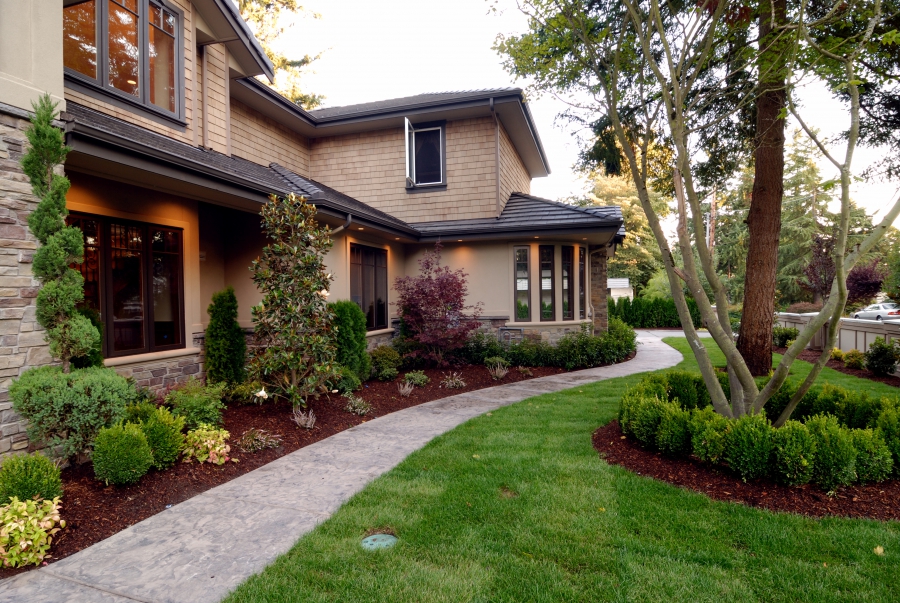 If you’re moving to California to escape the harsh winters of the Midwest, you’ll be happy to know that Simi Valley boasts one of the best climates in the country. This is especially true for people who enjoy warm summers and mild winters. This beautiful city only experiences 16.5 inches of rain during approximately 25 days of the year, and with 277 days of sun, you never have to worry about snowfall. January is the coldest month of the year by far, with an average low of 68 degrees. August ranks among the warmest month of the year, with an average high of 96 degrees. It’s important to note that wildfires do occur in the area, and the climate in the city can vary largely between night and day.

Simi Valley offers a wide range of socioeconomic diversity, not to mention it’s widely regarded as a family town community. With a population of 126,788 people and 26 constituent neighborhoods, Simi Valley is known as the 45th largest community in California. The city sits next to several other popular neighborhoods including Thousand Oaks, Moorpark, and Los Angeles.

Most presidential scholars are very familiar with Simi Valley, as it is home to the Ronald Reagan Presidential Library. While the library remains to be the city’s biggest draw, the library is known as the final resting place of Ronald Wilson Reagan, the 40th president of the United States. It is the largest of the 13 federally operated presidential libraries, boasting an impressive 153,000 square feet. The holdings of this facility include 50 million pages of presidential documents, over 1.6 million photographs, and a half-million feet of motion picture film and audio tapes. Simi Valley is also home to a variety of fun and exciting museums.

If you’re a fan of live music, you’ll love the entertainment that comes with living in Simi Valley. From the one-day Simi Valley Blues Festival to the two-day Mardi Gras-style parade, you’re sure to find musical outdoor activities that the whole family will enjoy. The five-day Simi Valley Fair and Music Festival is also a great opportunity to view some of Simi Valley’s finest musicians, from classic rock to country and R&B.

As you can see, there are many benefits to moving to the Simi Valley area. If you’re shopping for a new home and you need a certified realtor, contact the experts at American Dream Realty in Woodland Hills today. With more than 17 years of experience in the California real estate industry, we can help you find a home quickly and efficiently.